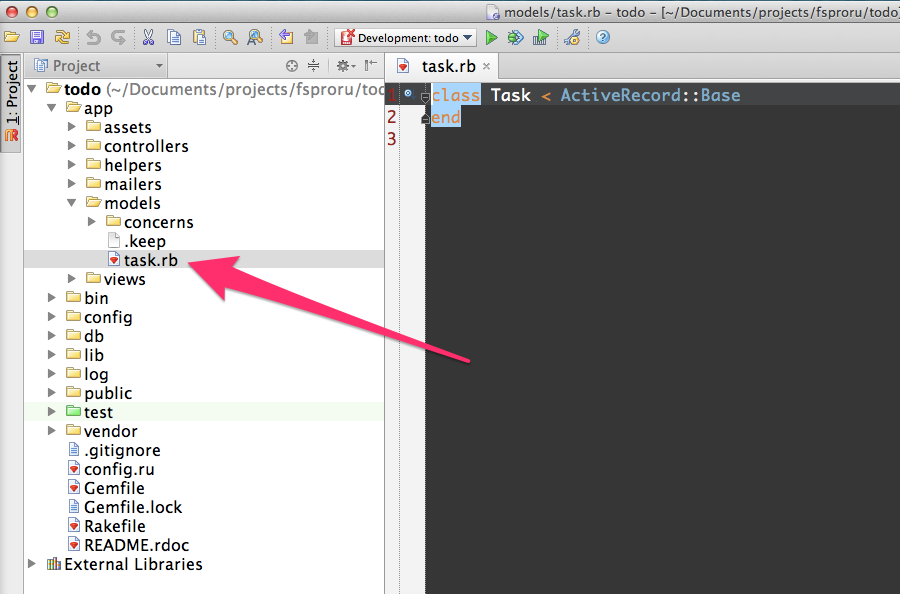 As a user of our application, we need to know when a task is completed. Let’s see how completed attribute method helps us to achieve this goal. We will try it in rails console. Open up your terminal and navigate to the project’s directory. Type bundle exec rails console. It will start a new IRB session within the context of our todo app.

_Note: Did you notice a question mark at the end of the function’s name? This is another Ruby convention. Question mark methods return true or false. It’s like asking a question: “Hey task, are you completed?” _

Note: nil is a Ruby builtin data type. It represents nothing. In other words, it’s the absence of data.

Controller’s job is to control a workflow. If you look at “How Rails Works” diagram, the controller is displayed in the center. It’s like a manager. It directs others and delegates actual work to it’s close friends: Models and Views.

If you open up app/controllers/tasks_controller.rb you will see a lot of generated code. This is what scaffold generated for us automatically. Let’s take a look. 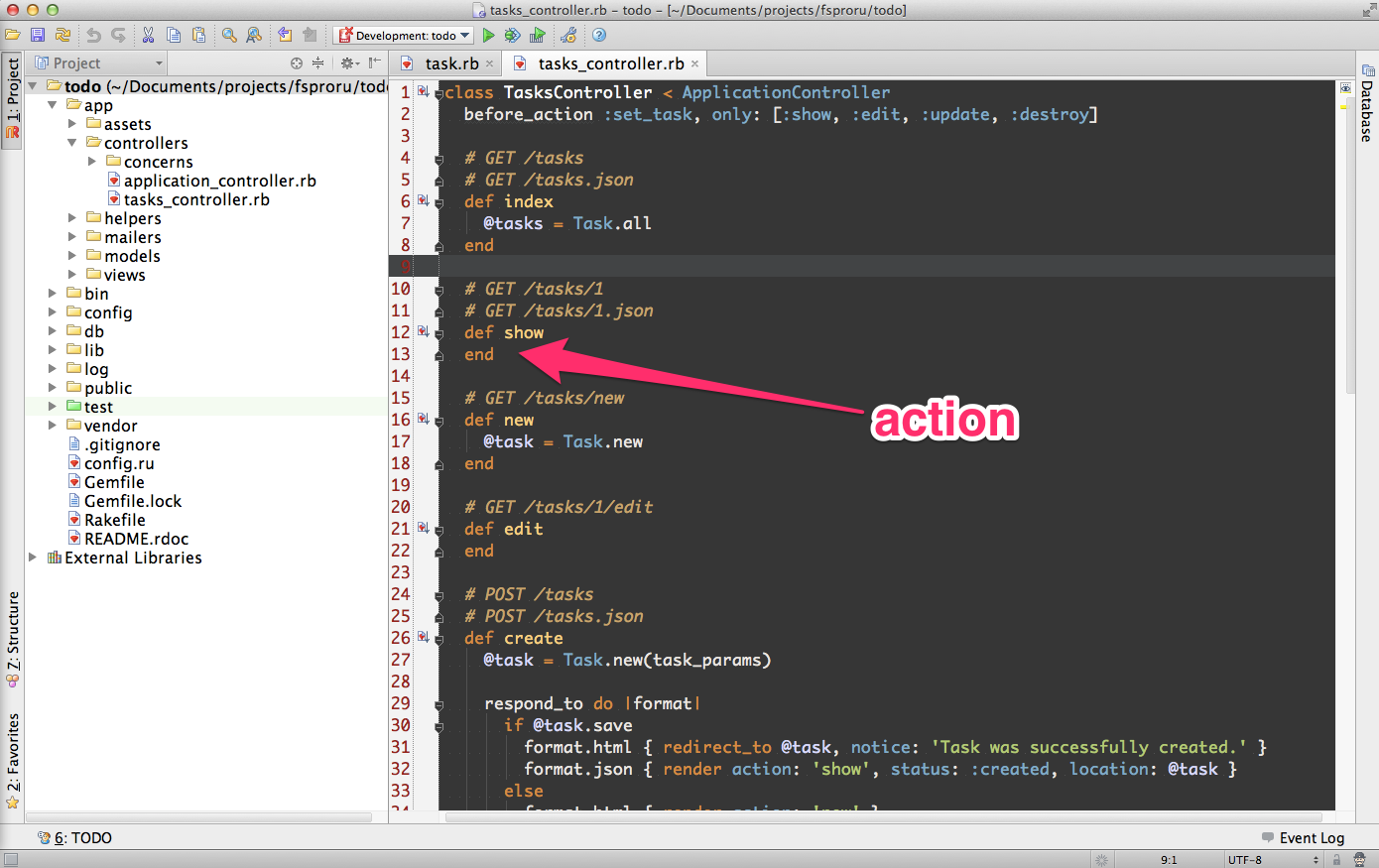 There are 3 main things:

Note: Code comment is any code prefixed by a pound sign #. Code comments are not executed by an interpreter. They are used mostly as hints for developers.

Thanks to set_task before filter, we don’t need to manually retrieve our task from the database every time the action is called.

You probably wonder how Rails determines what action corresponds to what url. It figures it our from the set of rules called routes. Routes are defined in the file config/routes.rb. Since we’re here, let’s add the root route for our todo application. Default welcome page is nice, but we want to see a list of tasks instead of it.

Go back to your browser. Let’s go to http://localhost:3000. This time we should see task listing page instead of welcome page. 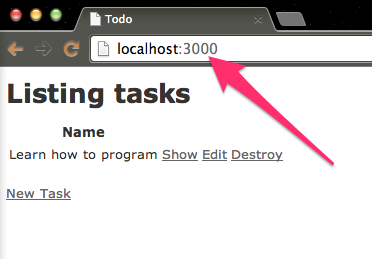 We looked at Tasks model. We played with attribute methods in rails console. We understood the structure of TasksController. After that we dove into config/routes.rb file and added a root route.

Ready to make more changes to your rails app? Let’s move on to our views.

Day 5: Task Views – Adding the ability to complete a task

## Task Views Yes, there are many task views. One for each controller action. This...

How Rails works Here is what happens when you go to your browser and see...